1 – The upsurge of the Western Balkan route

According to the most recent figures provided by the European Border and Coast Guard Agency, between January and May 2022, the number of “illegal” crossing borders to enter the EU’s external border has risen since 2016, recording an increase of 82% compared to the same period of the previous year. The number of “illegal” crossings registered on the Western Balkan route amounts to 86,420 entries detected between January and May of this year. Early at the end of 2021, dozens of people on the move were found on a track in North Macedonia, near the Greek border. Immediately after, they were transferred to a shelter in Gevgelija, waiting to be deported to Greece. Police said it was the first large group of migrants discovered in North Macedonia in the past six months. At the beginning of July 2022, the North Macedonian Police discovered 87 migrants crammed into a truck with a trailer in the southern part of the country believed to have entered illegally from Greece. Amid increasing migration movements on the western Balkan route, Greece and North Macedonia shift the blame on each other, refusing to take the responsibility for the asylum claims.

As a confirmation of the increasing tension at the border between North Macedonia and Greece, several testimonies collected by one of BVMN’s Greek partners have revealed a concerning pattern of pushbacks occurring in the area between Gevgelija and Idomeni, a city located at the Greek border with North Macedonia. As reported, people were not informed about their rights and were denied access to basic services such as food and sanitary facilities. Unfortunately, this does not seem to be an isolated episode, but rather a recurring practice inherently compromising the right to seek asylum. As further proof, in the period between October and December 2021, 4.058 migrants were registered in the Temporary Transit Centre of Vinojug, North Macedonia, while only 36 among them were informed about the right to apply for asylum. Moreover, 3.667 persons were pushed back to Greece and another 187 were detained as witnesses in criminal proceedings against the smugglers, as stated by MYLA lawyers.

Sadly, this alarming pattern sheds light on a tendency that does not seem close to an end, which, on the contrary, heightens hate and discrimination at the European borders, thus undermining the right to seek asylum.

During the first quarter of 2022, Equal Legal Aid has recorded an increasing number of requests for legal aid coming from beneficiaries who transited across North Macedonia before entering Greece. The majority of this group of asylum seekers were Cuban citizens, distinguishing themselves as a completely new phenomenon affecting the “reopened” Western Balkan route. They flew nearly 10,000 kilometres from Cuba to Russia aiming at accessing Greece by land. Some of them were smuggled until the Greek border, whereas others claimed to have walked through Serbia and North Macedonia for days.

Carlos* and Miguel*, respectively 30 and 40 years old, fled Cuba as they refused to take part in the violent repression of demonstrators during the protest against the draconian measures put in place by President Miguel Díaz-Canel. Amid public disorder, they had been recruited to serve the government as civilian members of the Committees for the Defense of the Revolution until the moment they decided to step down. They stated, “we cannot beat our people to death, what the government is asking us, is to beat our family, relatives and friends when their wish is just expressing their rights”. Luis*, a young doctor from Santiago, was threatened by the police after taking part in a peaceful manifestation. Due to the pressure exerted, he was forced to resign from his job and therefore leave the country. As claimed by some of them, after days of walking through the mountains of Serbia and North Macedonia during the harsh Balkan winter, they finally arrived in a place at the border with Greece where they were pushed back to Greece. It is worth mentioning that a similar practice had already been documented in the last year concerning the situation of Cuban asylum seekers who tried to cross the Evros river before being pushed back to Turkey.

3 – Transit from a third country

The Cuban asylum seekers who have been assisted by Equal Legal Aid were kept in detention for months after being apprehended by the Greek police at the border. They were not informed about their rights and deprived of their mobile phones. Due to linguistic barriers, they were not able to understand their legal status as well as the reason why they were kept in custody. Unfortunately, the excess in the use of administrative detention is not a new phenomenon in Greece since the government has already been held accountable for using detention outside its legal scope and partially to either shield systemic dysfunctions of the asylum system or to conceal a xenophobic political will. Those who finally were able to seek asylum – after continuous and tireless legal assistance provided by the team – underwent the admissibility interview.

Indeed, the scope of this interview is to assess whether North Macedonia is safe for them and why they did not seek protection during the stay on its territory. Specifically, the admissibility interview is intended to clarify whether the applicant, considering his personal story alongside objective circumstances, would be exposed or not to any risk if returned to a safe third country. Upon the outcome, the applicant will either proceed to the eligibility interview about the country of origin or be rejected and returned to the safe third country. Additionally, the person must be granted the effective right to apply for protection in a safe third country. In that regard, as reported by UNHCR, the mechanism for adjudicating refugee status in North Macedonia failed to provide basic procedural guarantees and proper determinations as prescribed in the law. This systemic lack inevitably compromises the fairness of the whole asylum process, thus inhibiting de facto the right to apply for asylum in North Macedonia.

For the time being, the requests of the 3 Cuban applicants have been rejected, deemed inadmissible based on the fact that they could have sought protection in North Macedonia, despite a mere transit of fewer than 12 hours. The other decisions are still pending, whose outcome will be revealed in the coming weeks.

This approach must be highly criticised: it is inconsistent with what is provided for in Article 86 (1) IPA According to this article, a country shall be considered a “safe third country” for a specific applicant when several criteria are fulfilled, among these, the connection with that country. The connection criteria must be assessed based on this exhaustive list:

Notwithstanding the clarity of this legal provision, the Asylum Office rejected the applicants’ claims based on the fact that they did not seek protection in the third country, failing to take into account any of these subjective and objective connection criteria. Indeed, the Cuban beneficiaries crossed the country for less than 12 hours, showing a total absence of connection with North Macedonia.

Furthermore, the compatibility of said provision should be further assessed with the EU acquis, in particular by taking into consideration the recent CJEU Decision, C‑564/18 (19 March 2020) in which the Court ruled that “the transit of the applicant from a third country cannot constitute as such a valid ground to be considered that the applicant could reasonably return in this country”.

It is quite self-explanatory that in order to return someone to a safe third country there must exist a clear link between the person and the country entitled to take charge of the asylum request. Indeed, the purpose of this provision is to ensure that asylum seekers would be protected and could properly exercise their rights coherently with their will in the third safe country. On the contrary, what we are witnessing is a standardised and jeopardising practice.

This practice opens a new pandoras’ box with frightening consequences on the right to seek asylum within EU borders. Amid push backs and legal obstacles to properly exercising fundamental rights, asylum seekers are once again lost in a new marshy limbo. It is now undeniable that neither Greece nor North Macedonia is fulfilling their obligations at the expense of people’s lives.

This approach is likewise the continuation of a political strategy promoted 1 year ago and aimed at limiting the access to asylum in Greece. Already in June 2021, Greece designated Turkey as a ‘safe third country’ for people from Afghanistan, Bangladesh, Pakistan, Somalia, as well as Syria. People of these nationalities are now subject to the new admissibility procedure, irrespective of their vulnerability and notwithstanding how long they have been in Greece. The procedure is clearly intended at returning asylum seekers to Turkey, before any assessment regarding the reason why they left their country of origin. (Subscribe the petition launched by Equal Legal Aid on the urgency for Greece to revoke the decision to consider Turkey a safe country.)  As a continuation of this trend, 6 months later, Greece added Albania and Northern Macedonia to the list of safe third countries.

The question that therefore arises is: at what human cost the Greek government would keep externalising its European and International responsibilities? 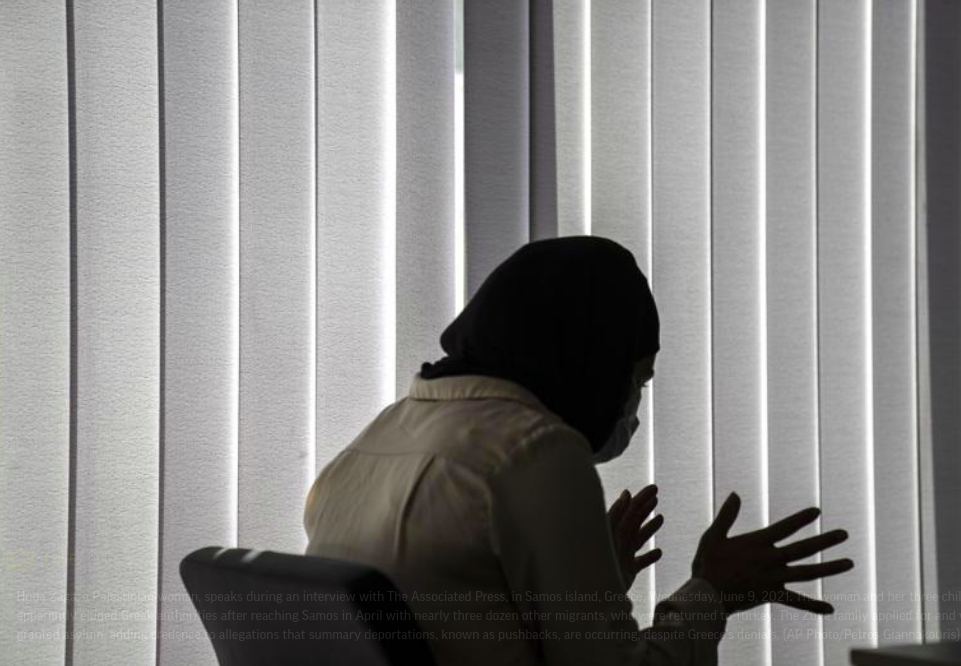